This material is based upon work supported by the National Science Foundation under Grant No. 1556043. Any opinions, findings, and conclusions or recommendations expressed in this material are those of the author(s), and do not necessarily reflect the views of the National Science Foundation. MAI, SAI, and vSAI are protected under US patent 2013/0214154 (A1) and ASAP(R) under US patent 2011/003139(A1). ASAP is a registered trademark of M&M Mass Spec Consulting, LLC. 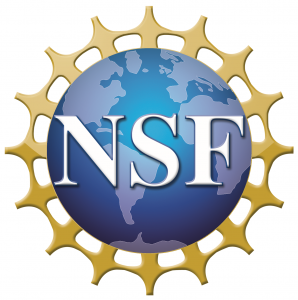 The following rights are owned exclusively by MS™ Solutions, LLC.
We also own non-exclusive rights to these:

Hockessin, DE, May 31, 2019 — MSTM, LLC is pleased to announce that Professor Sarah Trimpin was awarded the American Society for Mass Spectrometry (ASMS) Biemann Medal for development of novel ionization processes for mass spectrometry (MS).  The Biemann Medal was established in honor of Professor Klaus Biemann and is presented annually to recognize the achievements of an academic scientist in mass spectrometry early in her/his career.

In one method discovered by Dr. Trimpin, compounds are mixed with a small molecule matrix and are transferred from the solid state to gas-phase ions, regardless of their volatility and molecular weight. This method has exceptional sensitivity and requires only exposure of the sample to the vacuum of the mass spectrometer.

The ability to transport molecules as large as bovine serum albumin (67 kDa) into the gas phase as highly protonated ions without energy input is unprecedented in science, analytically important, and of fundamental interest in understanding ionization processes.

The award will be presented at the annual ASMS Conference in Atlanta, Georgia on Tuesday, June 4, 2019. Dr. Trimpin has previously received the NSF CAREER award, the ASMS Young Investigator Award, the Pittsburgh Conference Achievement Award, the DuPont Young Professor Award, the Eli Lilly Young Investigator in Analytical Chemistry award, and the Wayne State University Schaap Faculty Scholar Award for Excellence in Teaching and Research. She has authored over 80 publications and received several patents.  In addition to being CEO and co-founder of MSTM, Dr. Trimpin is a Professor in the Department of Chemistry at Wayne State University in Detroit, MI. She received her Doktor der Naturwissenschaften (Doctor of Science) from the Max-Planck-Institute for Polymer Research, and Diplom Chemie and Baccalaureate from Universität Konstanz. 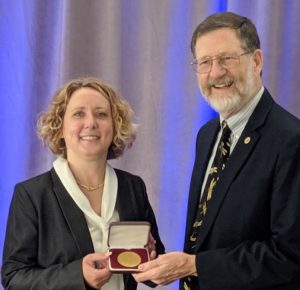